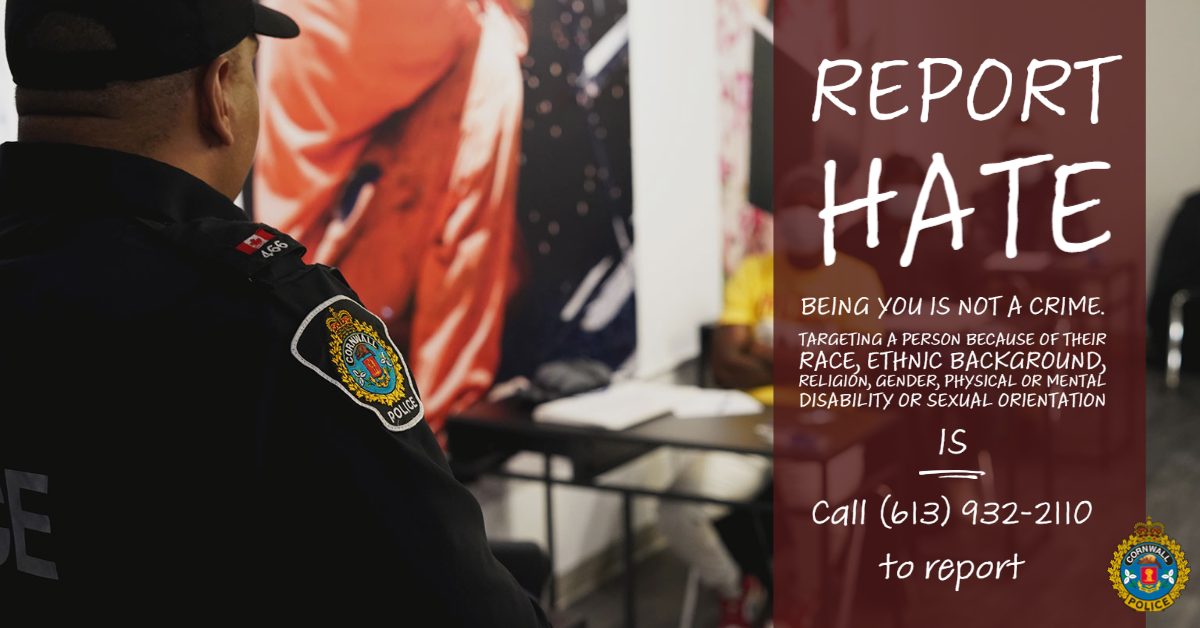 As part of its EDI journey, the CPS identified the need to improve how it conducts investigations of hate-based incidents and crimes.

Since this time, the CPS has designated two Detective Constables responsible for investigating and following-up all hate-based incidents.

The officers review all incidents that may be a criminal offence or a hate-based incident with a view towards supporting the victim, educating the offender and ensuring the incident has been properly classified in the police database. The officer is also responsible for working closely with other police officers to provide education and training in order to ensure incidents are handled and fully-investigated using a holistic approach.

A hate or bias motivated crime is defined as a criminal occurrence committed against a person or property, which is motivated by hate/bias or prejudice based on race, national or ethnic origin, language, colour, religion, sex, age, mental or physical disability, sexual orientation or any other similar factor.

Non-criminal hate incidents involve the same characteristics as hate/bias crimes, but do not meet the threshold to be classified as criminal under Canada’s Criminal Code. Given the nature of these incidents and their potential to generate widespread fear in affected communities, police have an important reassurance role to play when responding to such occurrences.

What is a hate crime?

A “hate crime” or “ hate-motivated” offence involves the intentional selection of a victim based on the offender’s prejudice toward a “group” characteristic assigned to the victim.

What is a hate-motivated incident?

Every offence where hate was the motive.

Research shows that about two thirds of people who are victimized by hate motivated crime do not report their victimization to police.

Why is it important to report a hate crime?

How is the CPS responding?

If you see or experience hate, report it. We want everyone to live in a safe space, and by reporting, we can investigate these matters, bring appropriate charges, help support victims to create a safer and more inclusive community.