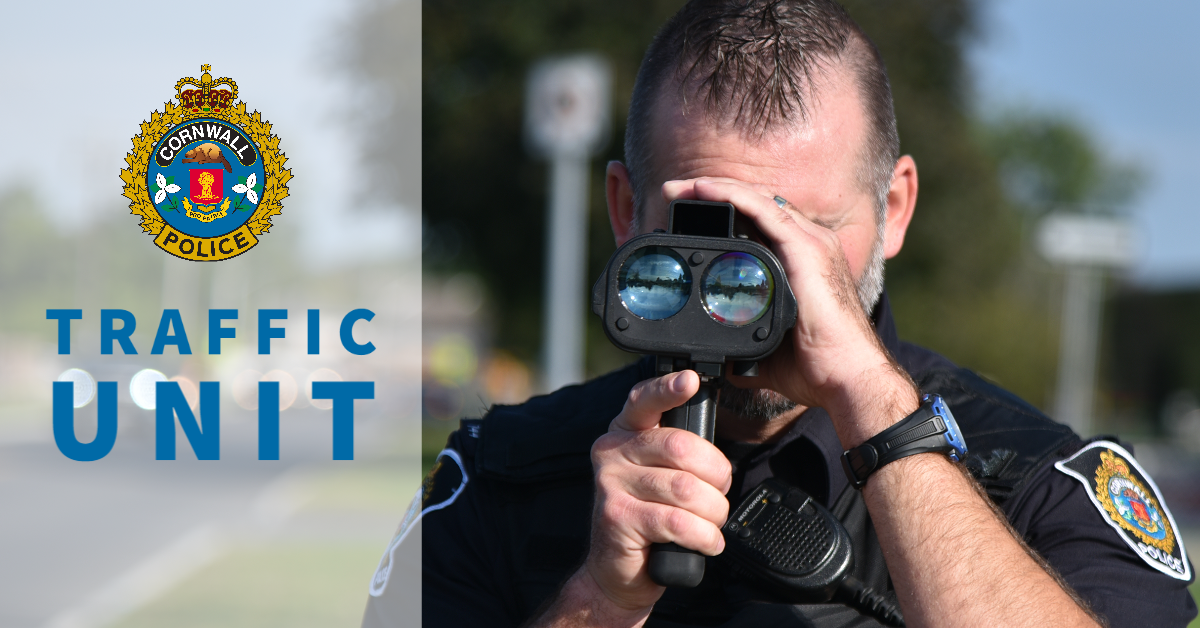 Traffic safety is a major priority for the Cornwall Police Service (CPS). Residents have a reasonable expectation to feel safe as they travel on the roadways and bike paths in our city.

Issues related to road safety have been recognized as extremely important in our community.

As part of the CPS' commitment to creating a safer Cornwall, a Traffic Safety Plan was developed in 2018 to assist in ensuring the safety of everyone on our roadways. This includes all motorists, cyclists and pedestrians, with our goal being to reduce the amount of injuries and collisions within our community. The Traffic Safety Plan includes both, educational and enforcement components, and will provide a foundation for safer roadways. In the plan, monthly traffic safety initiatives are carried out by the Traffic Unit, as well as Community Patrol Officers.

During the month of January the Cornwall Police Service (CPS) will be focusing on windshield obstructions, licence plate obstructions, and tinted windows as part of its monthly traffic initiative.

Outward vision is critical to driving safety. Leaving snow on the windows dramatically decreases a driver’s ability to view all the important driving information around them. There are other critical areas of the vehicle that need to be kept clear of snow for proper functioning. All the lights need to be clear of snow so that motorists can see the vehicle from behind, the side or oncoming. If the lights are blocked with snow and ice, it could mean that other motorists will not be able to see that vehicle, leading to a collision.

This month, officers will focus on education and enforcement of vehicles being operated with frosted or obstructed windshields, lights and licence plates. Officers will also be conducting targeted education and enforcement on vehicles with plate covers, dirty plates, obstructed windshields, lights and tinted front and passenger windows.

Enhancing traffic safety is a major objective within the CPS Strategic Plan. As such, monthly safety initiatives have been developed to keep the public informed and promote safer roadways and bike paths. These initiatives will be carried out by the Traffic Unit, as well as Community Patrol Officers.

During the month of December, officers targeted impaired driving in the City of Cornwall, which resulted in several provincially-funded RIDE programs and 1760 drivers checked for impairment. Of these motorists, three drivers were charged for impaired operation; two novice drivers had their licences suspended for three days after testing positive for cannabis consumption on the Approved Drug Screening Equipment; and a total of 28 Provincial Offence Tickets were issued.